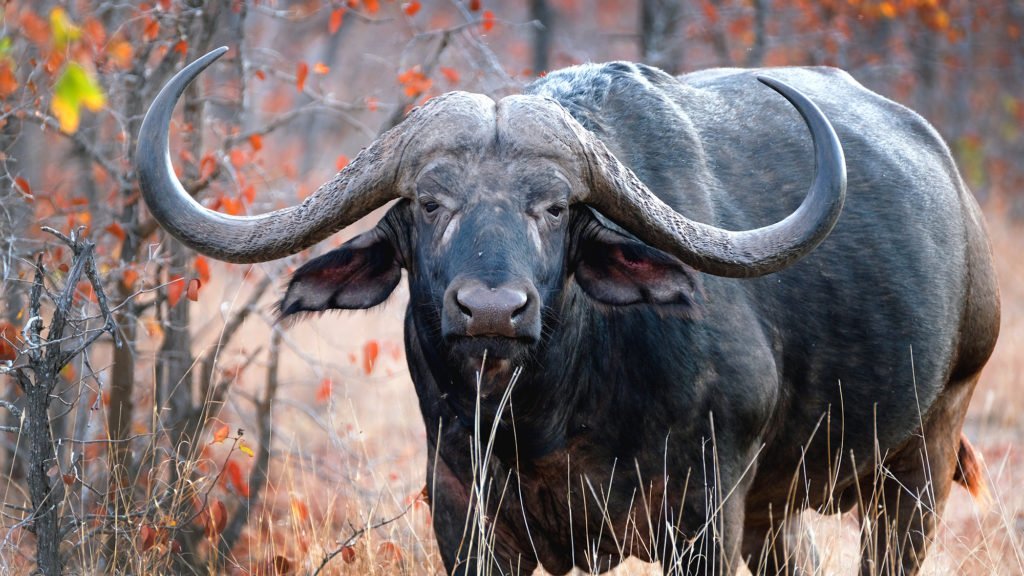 This Cape Buffalo was seen this week and it is stunning in that the spread of his horns, known as it’s “Boss”, is so great. The horns have fused bases that form a continuous bone structure over the top of the head and are a characteristic feature of this spectacular animal. This bovine is only distantly related to domestic cattle and is an unpredictable animal that has a reputation for being quite dangerous. An adult Savannah buffalo bull weighs in the range of 1750 lb ( 800 kg ) to 2000 lb ( 900 kg ) and are  dark brown to black in color. Cape Buffalo are a herd animal with the core of the herd being comprised of related females and their offspring which are surrounded by high ranking males,older animals and smaller herds of lesser ranking males which keep their distance from the dominant bull. Cape Buffalo are a favorite prey animal for lions due to their large size and the resultant kill being sufficient for many lions and all the predators and scavengers that follow.

Cape Buffalo are one of the proverbial “big five” that visitors on safari almost always see. They are grazers and are dependent on the veld conditions in order to thrive. unfortunately the recent drought and drought like conditions that are expected have made times a lot tougher for these important animals.

To learn more about this animal see here.