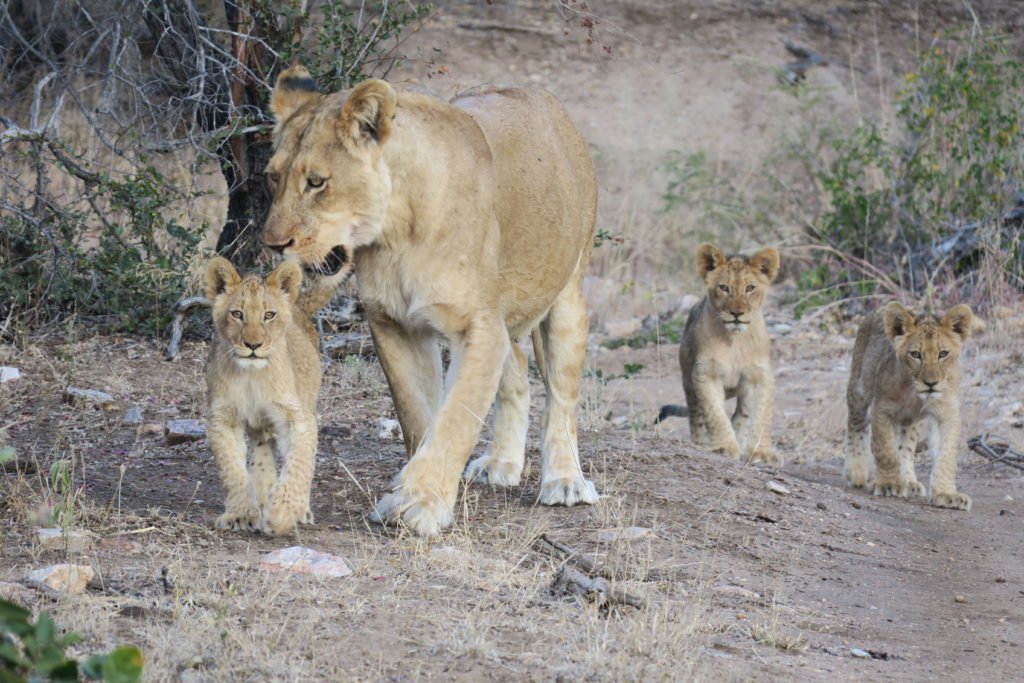 The most awesome sightings are those that give our guests that feeling of privilege when they  experience that true “once in a lifetime moment” and this lion sighting accomplished that in short order.

The viewing of these three lion cubs with their mother, for the first time, was that special moment.

For quite some time we had not seen the pride, of which this lioness and her new cubs are a part of, and many a rumor existed as to where they were. Little did we know that they were likely in our traversing area all along, but obviously not as visible as usual as they had these cute cubs to protect.

It is popular to name these lion prides and this is known as the “River Pride” as their “center of the planet” is the Klaserie river, although their territory extends for many square kilometers.

The cubs were about 3 months old at the time of the sighting and we look forward to watching them grow up as time goes on. They are being seen more frequently as they mature and are a favorite of the guests and our guides.