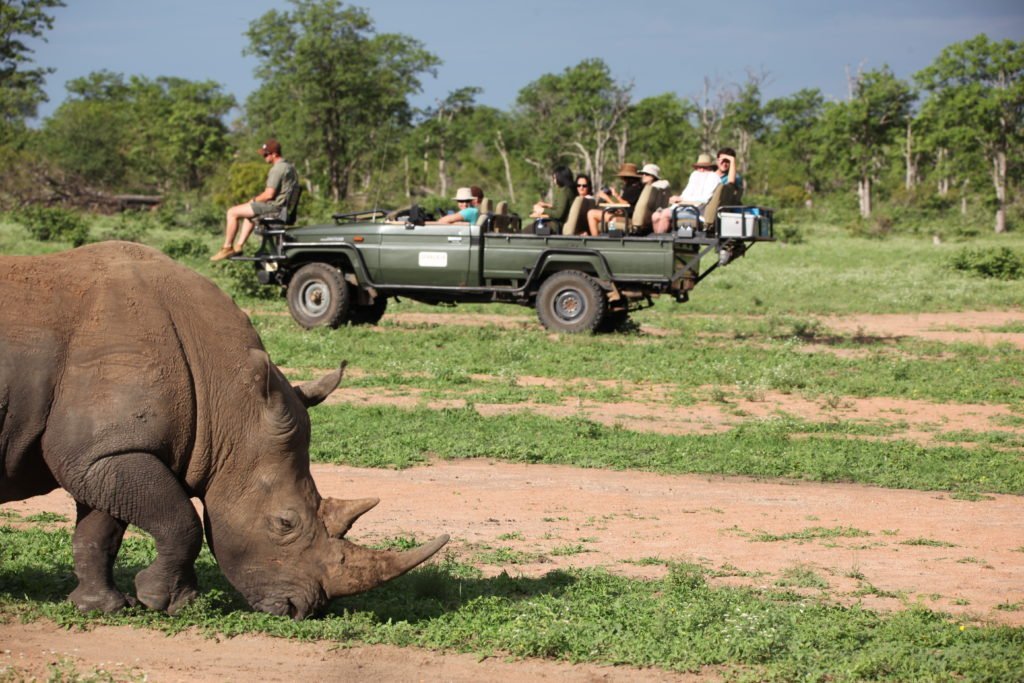 While we try not to post media on rhino’s at the time we see them, we obviously enjoy some fantastic rhino sightings .With geotagging and the vast manipulation of social media we encourage visitors to Senalala not to post them either. But they are seen quite often and this wonderful specimen was photographed with our vehicle in the background, on a casual game-drive. This species is under great threat in South Africa, which is home to the largest populations of both the white and the the black rhinoceros. The keratin in their horns is sought for medicinal purposes and wrist bracelets are made from this horn as a status symbol. Its tragic and the poaching has only really taken off in the last five years as can be seen in the article below.

But they are spectacular animals to watch and in their own way seem somewhat prehistoric in stature and appearance. This specimen is a white rhino and gets its name from its wide mouth, not from any coloration of its skin. Its a great sighting and even better when there is no one else to bother you while you take it in….. on one of our game drives.

If there is one single conservation effort that is critical in South Africa,it is this animal. Despite the huge sums of money applied to the problem, as well as the vast human effort, it seems it is a battle that at best, is a draw. The ignorance of the buyers, the greed of the sellers and poachers and the corruption endemic to the equation makes it the biggest concern to conservation in our area.