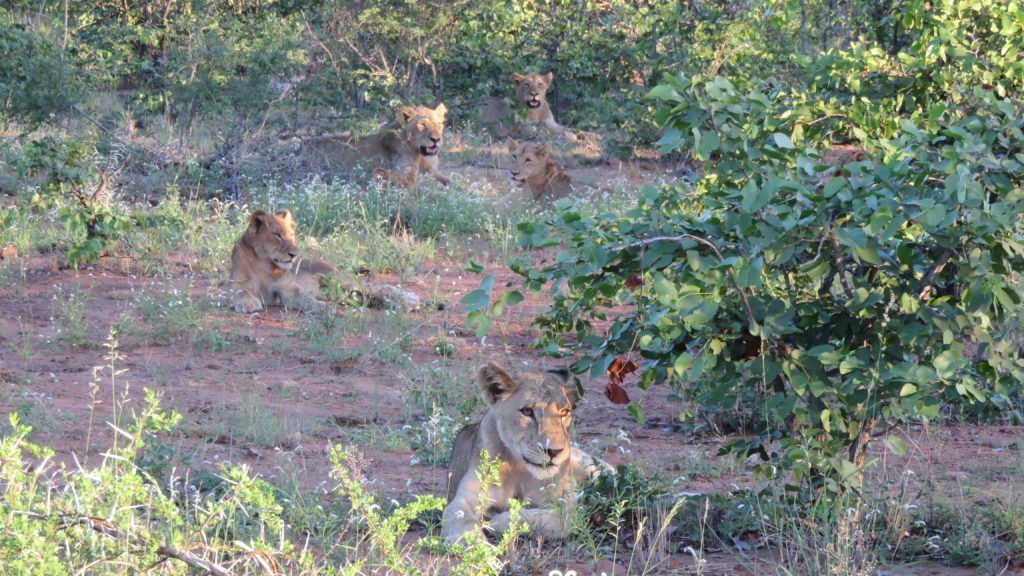 Earlier this month we were fortunate enough to have a pride of 19 lions visit Senalala for a few days. Initially they had killed a giraffe and James heard the commotion in the middle of the night and went to observe them with some of the guests. By morning they had satiated themselves and were tracked into the thick Mopani where they were found resting. They got up the next morning and left, heading south only to be seen back in our area a few days later.

This is a large pride, one of the biggest seen in the Klaserie. Hopefully they make this part of their territory and we will encounter them quite often in the future.

Lion behaviour is quite complex and is an interesting study. They are a vulnerable species in decline and exist only in sub Saharan Africa (except for a small sub group in India) with tenable populations only in designated wildlife areas. It is hard to believe that 10,000 years ago they were the most widespread mammal after humans as there are only about 30,000 alive in today.